Over the last few years, the trend of vaping has exploded across the world, with countless new manufacturers of both liquids and vape kits coming to market. Indeed, vaping has become so big that even the traditional cigarette manufacturers are beginning to sit up and take note, with many now producing their own vape products. The anti-smoking movement has been growing in both pace and popularity since the 80s and, with the risks and dangers posed by smoking now widely reported, and in the public domain, a considerable percentage of smokers are now turning to vape products to help them quit smoking while still maintaining their nicotine fix.

While more research is needed into the relative safety of vaping as compared to smoking, most medical practitioners are convinced of the merits of vaping being considerably safer than ingesting traditional cigarette smoke. There are approximately 600 different ingredients in cigarettes that produce more than 7,000 individual chemicals when burned. Of these, a high percentage are known to cause cancers – with many also being toxic.

By comparison, vape smoke contains mostly water vapor – though it is important to remember they still contain nicotine (often added separately to the liquid by the user) as well as flavorings, propylene glycol, vegetable glycerin, and some other chemicals.

Nonetheless, the medical industry is mostly in agreement that vaping is safer – although most also suggest more research needs to be done moving forward to evaluate the possible long-term consequences of vaping.

The information on the dangers of smoking is well-documented already

Most people are more than aware that smoking is dangerous and bad for their health – let’s face it, there’s been more than enough public information out there already to make this message unmistakable. From moves by governments around the world to reduce where smokers can have a cigarette to the extensive health/well-being advertising and even redesigned cigarette packaging showing the results of smoking, it would be very difficult not to know and understand the dangers.

The multiple levels of addiction of cigarette smoking

Nicotine is considered among the five most addictive substances in the world (alongside cocaine, heroin, alcohol, and methamphetamine), making cigarette smoking an extremely hard addiction/habit to break.

However, the addiction to smoking cigarettes goes far beyond just the drug itself. It also commonly has many other sides – namely the emotional attachment many smokers feel with the act of smoking, the physical aspect of putting a cigarette to your mouth, and even the fact that many people see smoking as a natural part of their daily routine. While it’s true that nicotine replacement therapy solutions can help with the natural cravings for the drug, these other aspects are far harder to counter.

How vaping can help smokers kick the habit

With vape kits, ex-smokers can achieve something very close to smoking’s natural sensation but with the vastly reduced dangers of the toxins included in cigarette smoke. Unlike just patches, gum, etc., ex-smokers can still enjoy the sensation of smoking. And, of course, that same vapor will have been mixed with nicotine (in most cases – some people prefer zero-nicotine liquids), so the user still gets their fix of the drug.

Recently, there has been an explosion in the number of flavors available on the market – everything from traditional cigarette-tasting smoke to fruits, gums, and drinks. In addition, vapers are now increasingly moving to making their own strength mixes, taking the base liquid and adding as much nicotine as they feel they need.

How to get started vaping

When you’re just starting out, the world of vaping can seem a very confusing place – and, unless you paid a lot of attention in physics at school, the idea of watts, ohms, resistance, etc., can also appear dizzyingly bewildering. The best advice is to check online to learn exactly how e-cigarettes work and the relationship between power and strength/the amount of vape ‘smoke’ you’ll produce.

Alternatively, most major towns and cities now have dedicated e-cigarette shops where you can go for advice on the kit you need and what will work best for you. Most retailers will begin by asking you how much you currently smoke and the strength/flavor of your favorite brand (e.g., some people prefer menthol or flavored cigarettes). Working with this information, a skilled shop owner will be able to suggest the best kit and equipment for you – and will even be able to point you in the direction of the juices (plus strength) they think will suit you.

To read more on topics like this, check out the Lifestyle category

Previous Post: « Make Those little Changes That Can Help Solve Bigger Problems
Next Post: 4 Tips on How To Grow Your Private Optician Business » 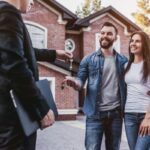